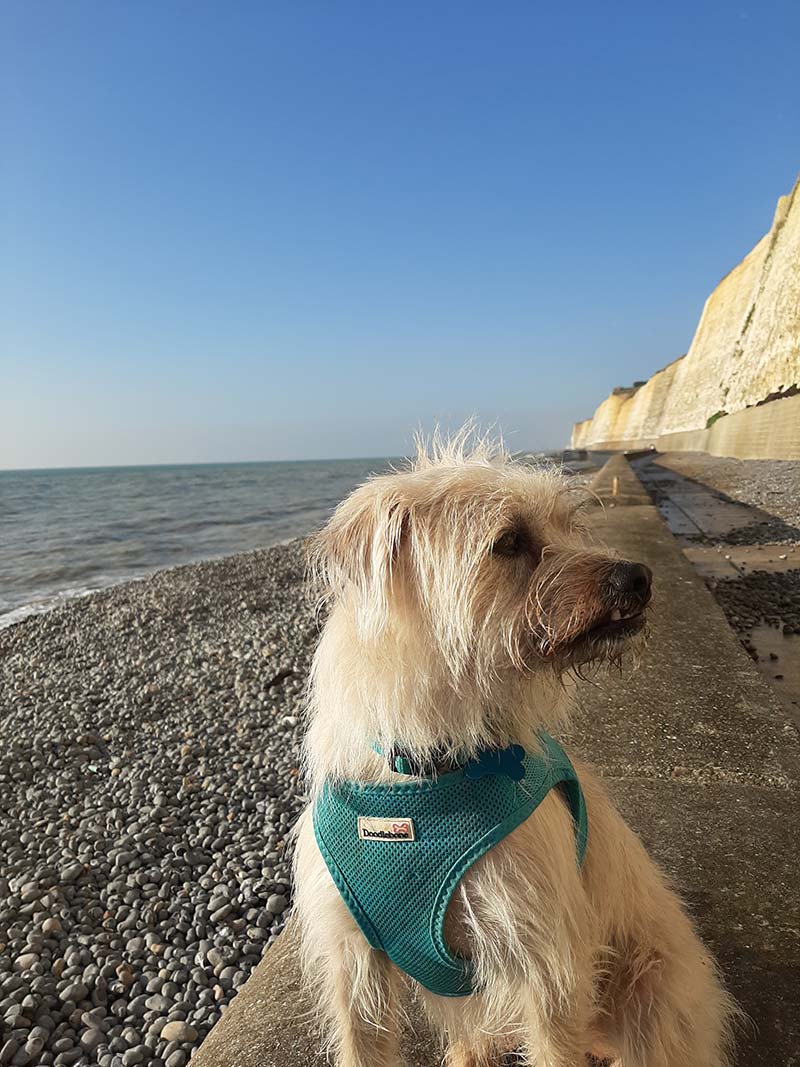 Sydney came to us from Romania 3yrs ago, settled in to our home so quickly and has helped his dad’s depression immensely although a nervous dog at sounds and other men he is getting there. He’s just had his castration and is being such a good boy not licking his wound too much and when told no he stops.

He is loved by most male and all female dogs, he must smell delicious to them, they’re all over him and he puts up with it because he’s such a happy Chappy who loves a play and brings a smile to everyone. He has plenty of cousins in the family, large and small and loves them all. His only downfall is barking at people coming to the door but that’s allowed as he’s warning us. He’s wonderful with our 2yr old grandson and he has got the most beautiful eyes too.

She looked after Sydney post operatively and was very sweet with him when she handed him over outside to me. It was obvious he was OK with her.

We use cookies on our website to give you the most relevant experience by remembering your preferences and repeat visits. By clicking “Accept”, you consent to the use of ALL the cookies.
Cookie settingsACCEPT
Manage consent